The Royds Reinvent the Podcast 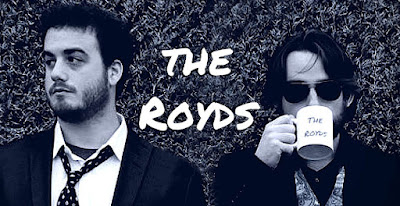 In a world where it seems everyone and anybody can have their own podcast (and not necessarily pull it off so it's interesting) it's refreshing to find one that's done it right - even more so to find one that offers a unique twist - adding something you're not likely to come across just about everywhere else. (What is that, you ask? Well - we'll get to that in a moment...) May I direct your ears to a relatively new addition to the podcast world "The Royd's Revue Podcast" featuring Robb Hall and Andrew Jefferes.
Full disclosure: Andy's my nephew. Am I biased? Go scratch yer ass!! I mean - no - of course not... I can write an unbiased review - just watch me... 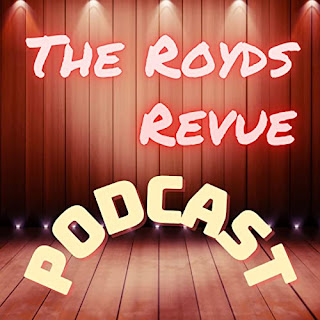 The title of their podcast "The Royd's Revue" gives you some insight to what to expect. They review movies... as to today's date they've done several from the Jurassic Park franchise, Toy Story, and Thor - but here's the twist...
Being musicians they give themselves an ingenious homework assignment - they create songs to accompany their individual perspectives - record them separately - and then reveal what they've done to each other at the end of the podcast, after a coin flip (or as a few episodes I've listened to, a guitar pick flip.) The result is nothing short of amazing.
Given the time constraints these are often spontaneous, unpolished recordings - and they admit to flubs they've left in, recording styles outside of their comfort zones, and even riffs they've nicked from other sources.
More often than not they choose to record from the perspective of one of the characters in the movie - most recently, episode 8 - Thor: The Dark World, Robb wrote "That Hammer" from Jane's perspective (Thor's love interest) - while Andy wrote "I'll Show You" - from Loki's (Thor's brother - and as the Royd's put it - a very sad boy).
But before they even get to the music I must say I enjoy the banter... Robb and Andy, longtime pals, are genuinely synched - and quite funny! The Royd's have done a hilarious video to their Christmas single "Christmas Is Cancelled" and Robb is no stranger to doing stand-up - we've also featured Robb several times on our website doing his "Dick Bones Show" - interviewing a fork, a bat, a box of tissues, a french press, a printer, over-ripe bananas...
So check them out! Listen to the podcast - you can find their spontaneous combustions available for download at their band camp channel and you may even find a few podcast accompanying videos courtesy of Ravid Design on their youtube channel.
---
As a side note to The Royd's: How can you possibly think Woody tried to murder Buzz Lightyear - you sick BASTARDS!!!
---
Posted by Out Of Bodies at 4:15 PM