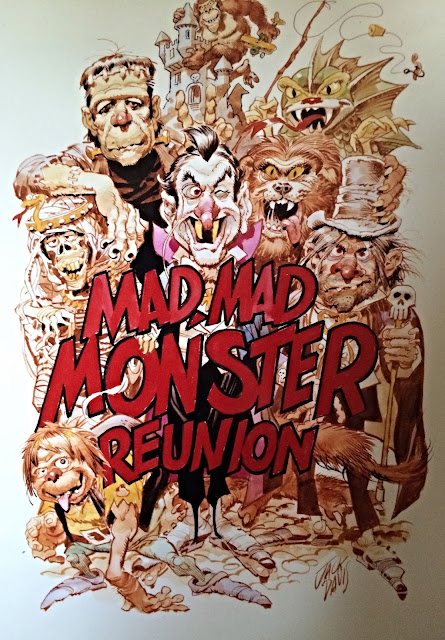 Just recently one of the greatest cartoonist/illustrators of all time and inspiration to aspiring cartoonists everywhere, MAD Magazine's Jack Davis, had passed away - he was 91. Jack Davis, to anyone who's met him, was the quintessential laid back Southern gentleman known in the field to be one of the fastest and most prolific illustrators of our time. Anyone who's ever picked up a MAD Magazine would recognize his works immediately - his signature style, often described as "controlled chaos" - multiple characters, each having their own distinctive look, spilling out onto the page - running, swinging, crashing - his drawings often conveyed action.

Just a quick Google Image search will show you how prolific the man was throughout his lifetime - and it's nothing short of amazing - but if you want to get a quick run-through of some of his best works at a glance you need not scour the web too deeply, just drop in at the blog website of another illustrator who I admire - the Vermeer of the Borscht Belt, the undisputed King of liver spots, Drew Friedman - who honored Mr Davis at an event which took place December 2011. Drew conducted a great interview with Davis as well as having compiled an accompanying slide show which spanned a long and prosperous career - surprising Davis with many pieces he had forgotten he did - which was perfectly understandable, as the man had just done so much... magazine illustrations, comic art, album covers, movie posters, animated commercials - he did art for EC Comics "Tales From The Crypt", TIME Magazine, and of course, the aforementioned MAD Magazine.

But it was the monsters that really got my attention...

I had known for a long time that Jack Davis had designed all of those amazing creatures featured in the Rankin/Bass made-for-TV stop motion movie "Mad Monster Party" - and as a bright-eyed impressionable 6 year old those creatures took up permanent residence in my brain. Later as a young teen attending Junior High School it was not unusual for me to fill up my used composition notebooks with similar creatures everywhere there was a blank space. Among that days lessons I would add my own interpretation of the classic Universal monsters I would see played on TV - they weren't always direct interpretations of Davis' Mad Monster Party character designs, but the influences were certainly there I think.

Without even realizing it I got an even stronger dose of Davis influence when I picked up my first MAD Magazine - although it wasn't just Davis alone, I was similarly bit by the bug via others from the "usual gang of idiots" like Don Martin, Sergio Aragones and Mort Drucker - to name a few. But those monster designs he did - I'm always drawn back to those amazing monsters!

Thanks Jack, for the MADness!!
Here's to you, Jack - here's my little testament to you and your influence! For this blog's readers I can't stress enough - especially if you're an artist yourself - go out and seek out all you can find on Jack Davis' illustrations! Study them - look at the expressions - the details - the craftsmanship! So much today is drawn digitally with tablets, but Davis was what you'd call "old school" - markers, pens, watercolor, pencils - and at the risk of sounding like some old crank lamenting about the past, I'll just say it anyway... they don't make 'em like this anymore...

Check out the quick handful of Jack Davis monster drawings I quickly grabbed from the net... it was drawings like these that got me hooked, and I hope they "bite" you too - enjoy!! 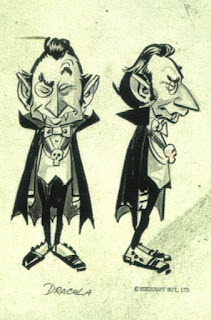 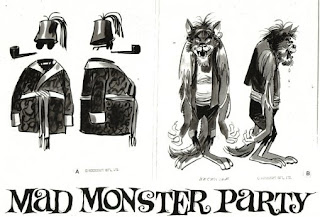 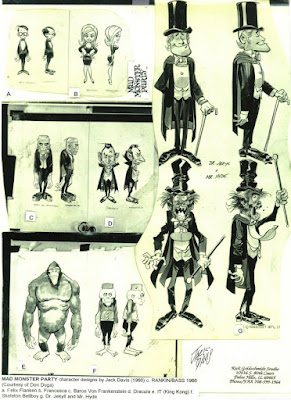 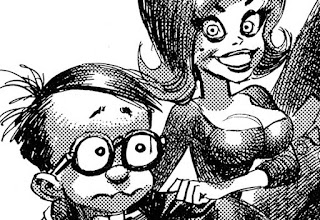 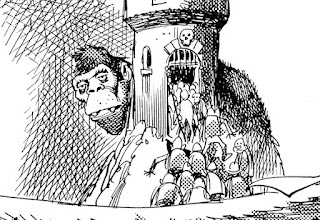 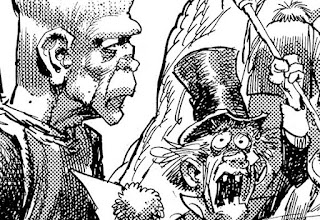 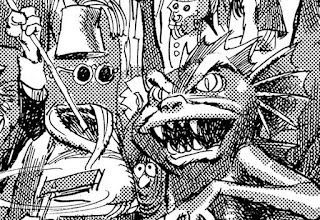 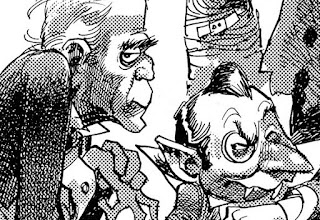 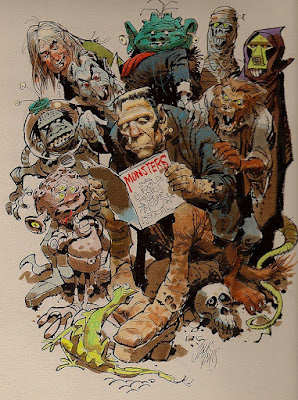 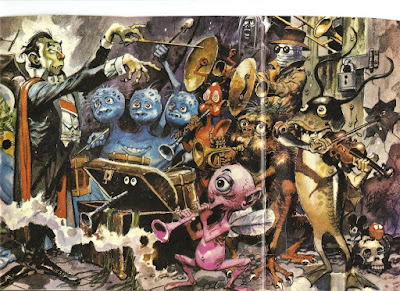 Oh - and I should add - although totally unrelated to his monster work... while looking through Friedman's tribute I came across something I did not know about Davis - and that was that he had also designed The Rankin/Bass Jackson 5ive Saturday morning cartoon! Yep - you know the one... Check out the groovy character drawings!! 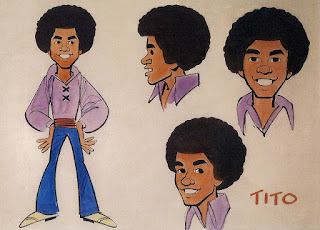 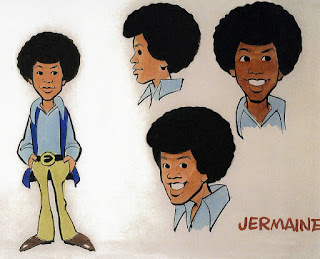 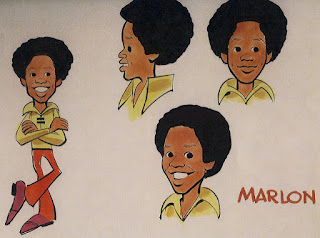 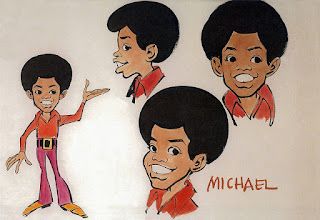 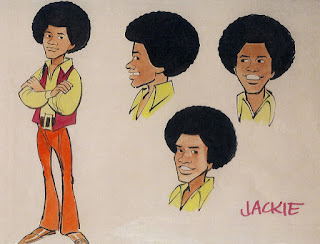 ...and here they are as they were featured in TV Guide... all the likenesses are spot-on - there's not "one bad apple" in the bunch! Heh heh heh!! 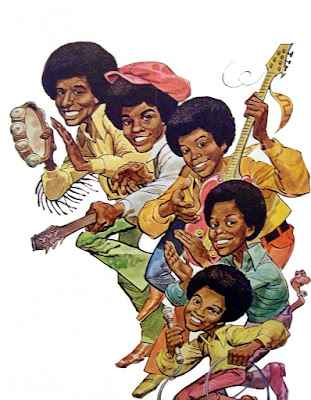 
I have many, but this is perhaps my most favorite cartoon ever
drawn by my buddy Lloyd Goldfine!!... 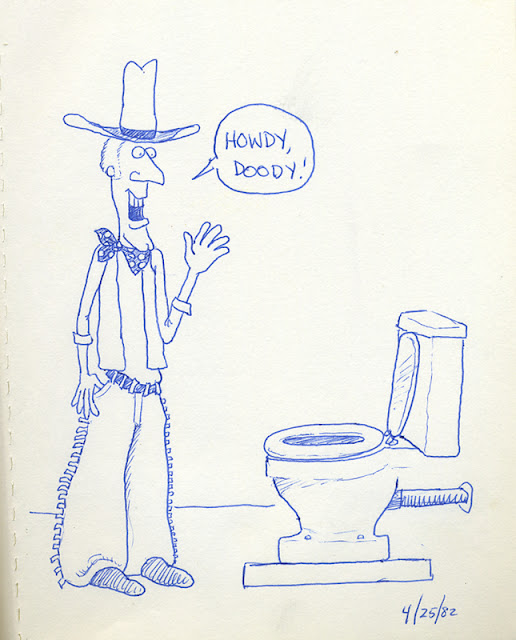