Joey Vento's link to classic monster movies was forged before he was born -- much like an ancestral curse -- when his father briefly appeared in the 1953 film Beast From 20,000 Fathoms. "My father was a longshoreman," said Joey. Someone on the New York film crew handed him a broom and told him to sweep while the cameras rolled. "He was 'the sweeping guy'," said Joey of his father's uncredited role. "He was paid with a bottle of scotch."
Fast forward 60 years and Joey is mysteriously compelled to own and curate the Haunted Barn Movie Museum, his personal shrine to horror, science fiction, and fantasy films.

The large, weathered shed sits next to his family's home, much like any other house in the woods until you spot a Victorian hearse and fake cemetery. Duck your head under the shed's decorative cobwebs at the door and enter a space filled with monsters (along with twinkly Christmas lights and eerie music played over hidden speakers). Giant spiders hang from the ceiling; props from films and TV series fill the walls, pack the shelves, and crowd the floor......
Check out the rest of the article here!!!

Congrats, Joey on your article in Roadside America - and the
best of luck wherever the barn ends up next!!!

Night Of The Living Dan 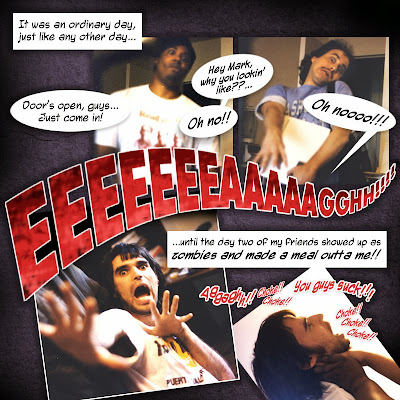 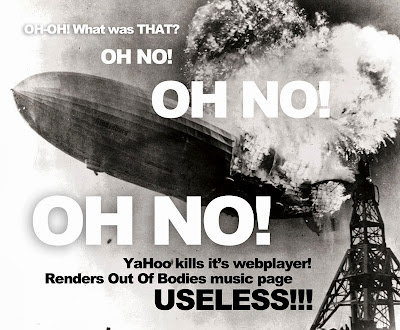