"Donald, I tried a test with a frame grab. Color apps always work best with high quality pics, but what I did was colorize it and then fix it up in my photo editor to make it even better. Not too bad! You can put this up in the OOB site! Ha Ha!" 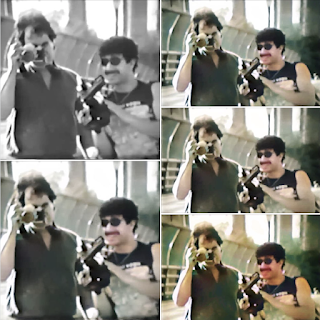 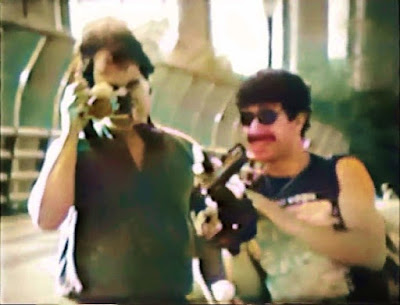 The Out Of Bodies - DISCOVERIES

As promised, here are some long-lost gems discovered while sifting through the cassettes mentioned in our previous OOB Blog post, The Out Of Bodies - UNEARTHED!

These songs, among others, have already been added to our EXTRAS page in the downloads section, for your listening enjoyment! As we dig deeper there will undoubtedly be even more! 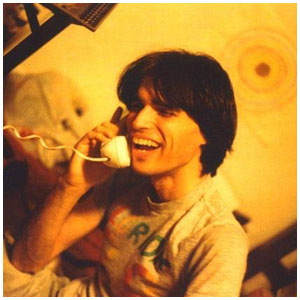 Here's just a small sampling of some great songs by Dan found in the archives! This was all from a period when Dan had just purchased an electronic keyboard and he began expanding his repertoire creating multi-layered songs showcasing his more orchestral side! What's even more amazing is that Dan's keyboard playing was all self-taught! Here are some of the more standout tracks noted particularly for their triple-time Waltz style that I found particularly interesting. Now, I'm no music historian, but is Dan doing Baroque here? Check these out - I think you'll like it as much as I do - these would certainly be radio hits - NICE WORK, DAN!!
I'll Be Coming Home
Love You Till The End
Lovely Lady's Hand
After I discovered these in my cassette booty Dan explained that these songs were part of a collection he titled Dan Banic Storybook 1 - which you can here even MORE of here! 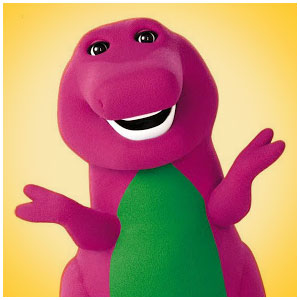 This one's just a funny little impromptu skit we did one day at Dan's house in the Bronx - Dan, Mark, my son Craig and I - imagining a taping of the Barney & Friends kid's show (which was popular in the early 90s) going HORRIBLY wrong ...for reasons unknown. I had completely forgotten we had done this - and hearing my son at 9 years old playing the part of the kid in the audience just made me smile! Oh, HA!... and that's ME doing Barney... 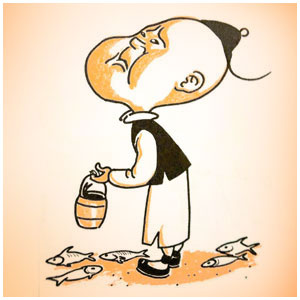 Man With A Lightweight Trunk

I dared to wonder aloud about THIS ONE about 5 years ago... when I wrote The Mystery of the Strange Man With A Lightweight Trunk... and since then, within the past 5 years, the strange, unexplained VIDEO that Dan made for it disappeared FOREVER - and with it (or so we thought) the only audio copy of the SONG known to exist.

That was, until I rediscovered a lone stash of cassettes I hadn't looked through for years! And wouldn't you know it - there it was, buried among a collection of mixed tapes - I FOUND IT!! Dan was thrilled!! So again, I got the chance to ask him, "Hey Dan, what the Ffff??" Dan revealed only that the inspiration for the song came from an old children's book that we both grew up with, The Five Chinese Brothers by Claire Huchet Bishop. We laughed about how we were both horrified and enchanted by it's strange drawings, originally published in 1938 - depicting five Chinese brothers who looked exactly alike and possessed special talents, which they used to evade execution for an accidental crime one of them committed.

While Dan might've been inspired by The Five Chinese Brothers it doesn't even come CLOSE to explaining what's going on here!!... there's STILL some mystery surrounding an odd character going around with a lightweight trunk handing candy out to children. What's in the trunk? Does Chris Hansen know about this guy?

Oh, and I should add that while Dan was in Chinese-mode he also recorded THIS, just because, well - I suppose, why NOT?

Even MORE tunes as I continue to dig deeper! 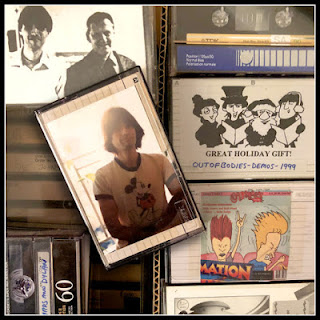 STAY TUNED, FRIENDS FOR MORE OUT OF BODIES EXPERIENCES!
---
Posted by Out Of Bodies at 9:31 AM 3 comments