Unicorn Song - The Out Of Bodies

Out of everything ever recorded by the Out Of Bodies I'd say the Unicorn Song is the most collaborative effort between Dan and I - especially when it came to one particular effect we used during the recording process - in which we borrowed heavily out of the Beatles/George Martin handbook of psychedelic recording techniques! Inspired by songs like "Rain", "I'm Only Sleeping" and "Taxman", which all feature backward guitar licks, I thought it'd be interesting to see if we could pull off the same trippy effect using Dan's ole' Fostex 4-track cassette recorder. 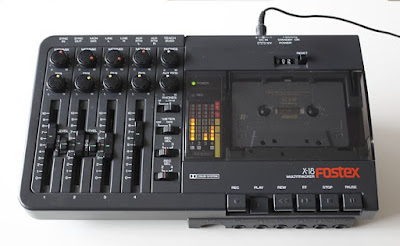 If you're at all familiar with how those old 4-track mixers worked, then you're also probably a member of AARP - - I mean, AHEM!! Sorry 'bout that - I meant to say you're probably familiar with how BASIC they were. Kids, listen up, because the more you know what we had to work with, the more you'll appreciate what we had to figure out! Remember, this was an analog recorder - as opposed to DIGITAL. Some would say the difference between the two was as evident as CDs are to VINYL. I know, I know... WHAT'S a CD? I think I've just lost half my audience - - ha ha!!

Okay, hang in there with me. I know this is all defunct old school talk - but still, pretty cool stuff if you ask me. Okay... Dan's 4-track recorder worked with cassette tapes. Now there are plenty of YouTube videos out there that will tell you about the problems associated with cassettes (they'd unravel, they'd stick, and in time the tape oxide that recorded your music would deteriorate - all true) but you'll ALSO find videos praising them for their unbelievable sound and "punch". Okay, now considering you probably have at least seen a cassette tape in your lifetime - remember that they could be played (and likewise recorded) on two sides. There was side A and the flipside was side B. Each side utilized 2 tracks each - a left and right channel, which gave you stereo. 4-track cassette recorders simply utilized ALL 4 tracks at once - recording in one direction only.

For the Unicorn Song I knew that if you recorded a guitar solo on one track, and then turned the cassette over and listened to it, you'd hear how it sounded going backwards. If you then listened to that track and again played (and recorded) what you were hearing - you can then DISCARD the first track and replace it with the track you just mimicked - and played backwards THAT would give you a backwards guitar - only it'd ALSO give you the FORWARD playing melody! Get it?... Okay, you can come off that window ledge now - I'm sorry! I'm sorry... I know that was a LOT to handle all at once...

Just know this - - we tried that and it WORKED - - and you can hear it for yourself here in our brand new video... ENJOY!! 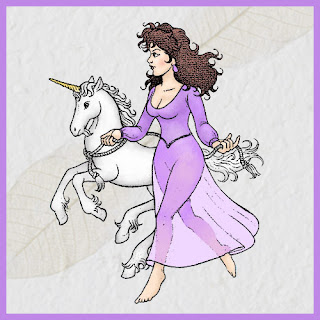 Special thanks to Dan Banic for listening to the demo and seeing some potential there - - and we'd BOTH like to thank Sir George Martin for the inspiration to think outside the box, and try something that was new to us - and of course, thanks to the Fabs, without whom... oh, you know...