Many years ago my Uncle Gil had a Doo Wop group and they called themselves The Companions. Just the other day I decided to look for them on the internet - hoping to find some digitized versions of the two songs I remember he played for my family and I off a 45rpm record in his living room. I remember hearing that they may have enjoyed some modest airplay with their two novelty songs "Dorothy My Monster" and "I Want A Yul Brynner Haircut". They might have even recorded other songs, I'm not sure - but these two seemed to stick out in my head - and so I set upon trying to find them.

Unfortunately, I wasn't able to find the Yul Brynner song (which is what I was really looking for - I recall being quite amused by that one!) but I did end up locating and purchasing a Doo Wop Halloween novelty-song compilation on CD called Halloween Is A Scream, which features "Dorothy, My Monster"! Someone had even uploaded the "Dorothy" song to YouTube - which my cousin Lisa pointed out to me - but oddly enough, no "Yul Brynner" - go figure!

A little something for Flashback Friday!

I'm imagining Vento up there, swinging from a grappling hook...

Even my buddy Joe, who absolutely LOVES all things World's Fair related, would NEVER go quite as far as THIS guy did. I can't imagine risking breaking and entering charges as well as bodily harm (and perhaps death) just to get a peek at what things look like today from the decaying decks of the World's Fair Observation Towers ... 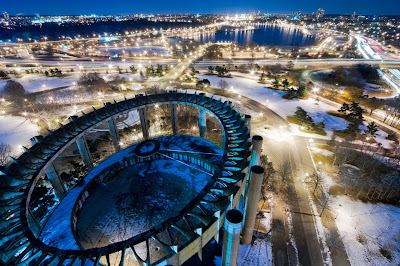 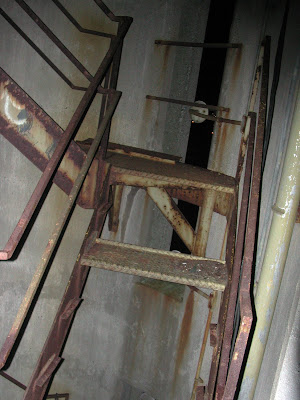 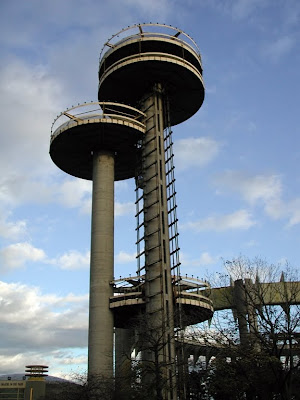